Masato Hosokawa, a visiting researcher (former Chief researcher) and Masato Hasegawa, a project leader of the Dementia Project at the Tokyo Metropolitan Institute of Medical Science, has published " Development of a novel tau propagation mouse model endogenously expressing 3 and 4 repeat tau isoforms " in the British scientific journal “Brain” on September 13, 2021.

In Alzheimer's disease (AD), corticobasal degeneration (CBD), and Pick's disease (PiD), dementia is thought to develop due to abnormal accumulation of tau protein in neurons and glial cells, resulting in neurodegeneration. This type of tau accumulation is called tauopathy. Tau protein is classified into two types: 3R tau, which has three repeats in the microtubule-binding domain, and 4R tau, which has four repeats in the microtubule-binding domain. In AD, both 3R and 4R tau are accumulated; in CBD, only 4R tau is accumulated; and in PiD, only 3R tau is accumulated. This indicates that the accumulation of tau isoforms is characteristic of each disease. Furthermore, this pathology has been reported to spread in the brain, a phenomenon known as "propagation". In Alzheimer's disease, there is a correlation between the location and spread of tau accumulation and clinical symptoms. In order to elucidate the pathological mechanism of tauopathies and to develop therapeutic agents, it has been necessary to develop mice that can accurately reproduce a specific tau pathology.

In mouse models generated in the past, mouse brains injected with the insoluble fraction of AD patient brains were able to induce the accumulation of 4R tau, but not 3R tau. They also failed to induce the accumulation of 3R tau seen in the insoluble fraction of PiD patient brains. The reason for this could be the difference in the expression pattern of tau between humans and mice. In humans, only 3R tau is expressed in the fetal brain, but later both 3R and 4R tau are expressed. In contrast, wild-type mice express only 3R tau in fetal and juvenile brains, but almost all tau is replaced by 4R tau in the adult, which is a major difference. Studies reported so far have failed to reproduce the accumulation of isoforms characteristic of the disease because they did not take these differences into account at all. Therefore, it was necessary to develop tau mice with the same expression patterns as those of humans. In addition, many experiments reported in the past used 4R tau transgenic mice and that was thought to be the reason why researchers could not induce the accumulation of 3R tau.

In addition, when the brains of mice injected with AD tau fibrils were stained with phosphorylated tau antibody (AT8), the pathology of tau accumulation in the striatum, the site of injection, increased with time, and the propagation of tau accumulation pathology spread to the cerebral cortex, thalamus, and amygdala, which are directly connected to the striatum (Fig. 3).

Finally, when the PiD tau fibril-injected mouse brains were examined in detail, spherical tau accumulation pathologies were observed that were not observed when AD or CBD tau fibrils were injected (Fig. 4). These were very similar to the Pick bodies observed in human PiD. This is the first time that Pick-body-like pathology has been reproduced in a tau fibril injection experiment.

This experiment confirmed the following prion-like properties of tau: (1) abnormal tau has the ability to cause isoform-specific, seed-dependent aggregation, (2) abnormal tau has the ability to propagate, and (3) human tau fibrils injected into the brain can induce the accumulation of endogenous mouse tau across the species barrier. We believe that this novel mouse model can be used to elucidate the mechanism of tau propagation and to search for drugs that inhibit tau propagation (Fig. 5). 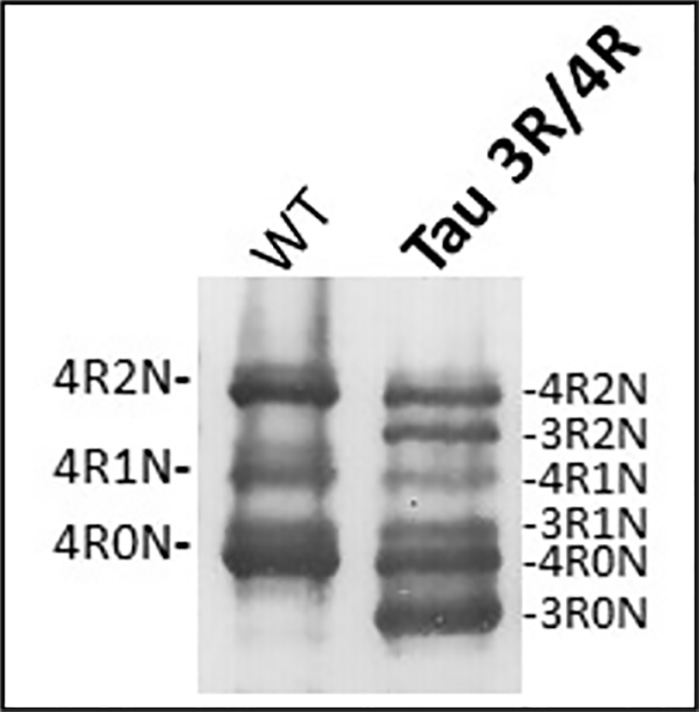 Brains of PiD-fibril-injected mice were stained with (A) phosphorylated tau antibody (AT8) and (B) anti-mouse tau antibody. Red arrows indicate Pick-body-like tau.

Major funding for this research