研究内容(Our Research at a glance )

Research Summary of the Masai Laboratory

Precise duplication of genetic materials is central to the stable maintenance of genomes through generations. Defects in the genome copying processes would generate genomic instability which could ultimately result in various diseases including cancer. The goal of our studies is to understand the molecular basis of how the huge genomes are precisely replicated and the exact copies of the genetic materials are inherited to the next generation. Three billion base pairs of the human genome (2 meter long) are replicated with almost no errors during the 6-8 hrs time span of the cell cycle. This requires an extreme level of coordination of temporal and spatial arrangements of chromatin organization and signaling events for initiation of DNA replication (Masai et al. Ann. Rev. Biochem. [2010]). Our major projects include

1) Maintenance of genome integrity and its failure as a cause of diseases: Molecular dissection of cellular responses to replication stress, a major trigger for oncogenesis, and elucidation of mechanisms by which stalled forks are processed and the genome is protected from various insults, and of how the failure of this process leads to diseases and senescence (genetics and cell biology),

3) Unraveling the universal mechanisms of origin firing and its regulation, and evolution of replication systems (molecular biology and enzymology), and

To achieve these goals, we are using E. coli, fission yeast, various mammalian cell lines, embryonic stem cells and model animals. We would like ultimately to apply the basic knowledge on the mechanisms of stable genome maintenance to the diagnosis and therapy of the relevant diseases including cancer. We are recruiting highly motivated and interested individuals who are communicative and can share excitement with us in the laboratory. We have had students from many foreign countries including Korea, Malaysia, Taiwan, China, Canada, Italy, France and Germany and have been excited to have many different cultures in our laboratory. Please feel free to contact us at any time through e-mail or by telephone. (https://www.igakuken.or.jp/genome/)

Our goal is to understand the molecular mechanisms underlying the faithful inheritance of genetic materials and stable maintenance of the genome. Toward this goal, we are studying various aspects of chromosome dynamics, with particular focus on regulation during S phase, using <i>E. coli</i>, fission yeast, and mammalian cells. We try to elucidate how chromosomes replicate and how the inheritance of the replicated chromosomes is regulated to enable stable maintenance of the genome through generations. Answers to these questions will shed light on how defects in these processes may contribute to the development of diseases, including cancers, and to senescence. It will also help to identify novel target proteins for cancer therapies.<br>Through these studies, we have come to realize the roles of non-B DNA, more specifically, G-quadruple structures. Recent numerous reports indicate the essential roles of various G4 structures in transcription, recombination, genome rearrangement, epigenome regulation and others.

Through analyzing the roles of G4 structures in replication initiation and chromatin regulation, we would like to disclose more general biological functions of G4 structures. <br>DNA replication needs to continue until the entire genome is replicated, once it is initiated. The block to ongoing DNA replication is a threat to the genomic integrity, and needs to be removed swiftly. Claspin/Mrc1 is a key protein that transmits the replication stress signal to the downstream effectors. We have discovered a novel function of Mrc1/Claspin in regulation of initiation through interaction with Cdc7 kinase. Furthermore, we have shown that Claspin is required also for different forms of stress. It is needed for cells to resume growth after serum starvation and for their responses to other stresses including osmotic shock and high temperature. We propose that Claspin may act as a general stress response mediator by linking stress-specific PIKK (PI3 kinase related kinase) and downstream effectors. We are interested in the in vivo roles of cell cycle/ checkpoint factors, and are making mutant mice in which these genes are conditionally knocked out in specific tissues/ organs by using Cre-loxP system. We are also developing novel anti-cancer strategies utilizeing cell cycle regulators as a target. 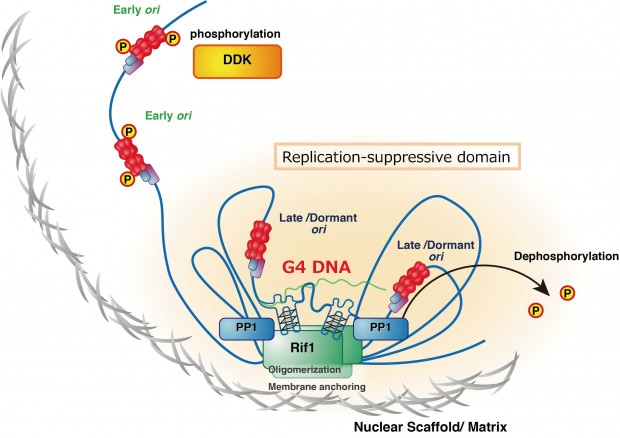 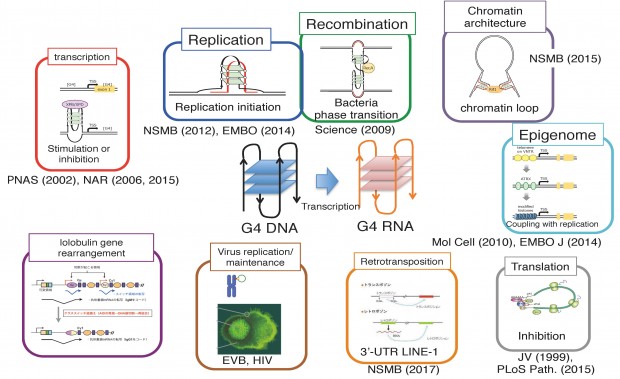 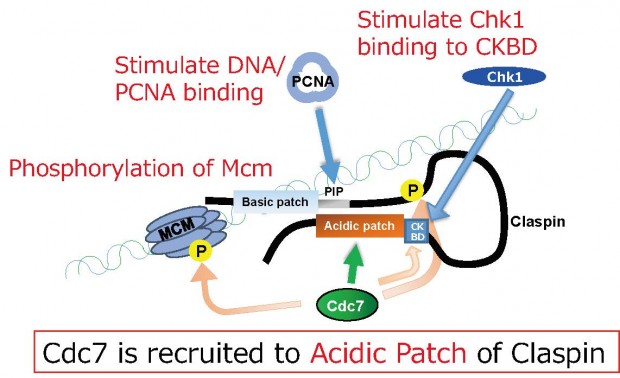 In each cell cycle, three billion base pairs of the human genome are replicated within 6–8 hrs with amazing accuracy, while initiation takes place at tens of thousands of so called “replication origins”. Selection of replication origins for initiation is regulated by a number of factors, while a large fraction of origin selection may be determined stochastically. Yet, the initiation does take place at sequences that may be associated with some features. Our studies as well those from other groups suggest that G-quadruplex may be a candidate structure that may be associated with replication initiation. Our current goal is to reconstitute “human-like” replication system in E.coli with purified proteins on G4 sequences. <br> We have already indicated the importance of G4 in establishment of replication timing domain structures by showing that Rif1, a factor crucial for replication timing regulation, binds specifically to G4 DNA. We would like to understand molecular basis on how Rif1 facilitates chromatin loop formation by binding to G4. G4 is associated with other chromosome transactions as well, and a number of proteins bind to G4. We would like to clarify the modes and nature of interaction between G4 and its binding partners, elucidate the mode of actions of these proteins and ultimately obtain global views on potential biological functions of G4. <br>Replication factors are involved not only in the process of DNA replication but also in other aspects of chromosome functions. In order to clarify the organismal roles of replication factors, we target Cdc7, Claspin and other replication factors and generate genetically modified mice. Tissue/ organ-specific knock-out will reveal their novel functions, and will lead to understanding the pathology of human genetic disorders caused by mutations in these factors. <br>“Oncogenic stress” are known to induce replication stress, which inhibits the progression of replication forks. Thus, replication stress triggers the tumorigenesis process. The maintenance of replication fork integrity is central to the stable inheritance of genetic information through generations and to its preservation during the lifespan of an individual. Using mouse model systems as stated above, we will unravel the cellular and developmental roles of replication factors. Ultimately, we aim to apply our expertise on the molecular mechanisms of DNA replication and its physiology to the development of strategies for preventing and treating diseases caused by the loss of genetic integrity.

Article in Scientific Reports in press 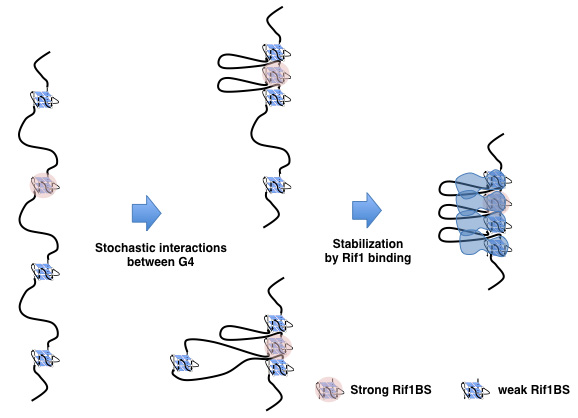 論文題目：Both a Unique Motif at the C Terminus and an N-Terminal HEAT Repeat Contribute to G-Quadruplex Binding and Origin Regulation by the Rif1 Protein. 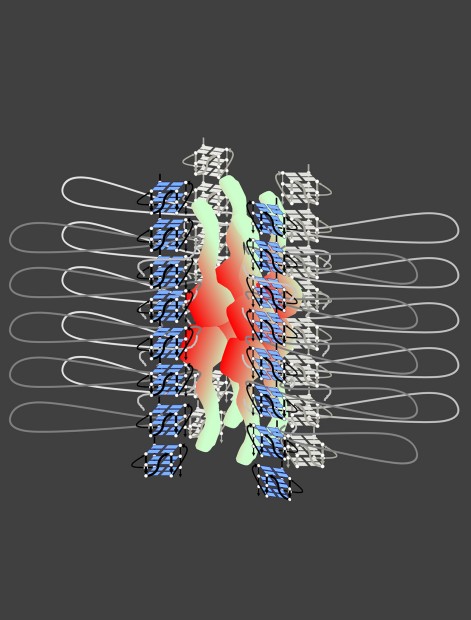 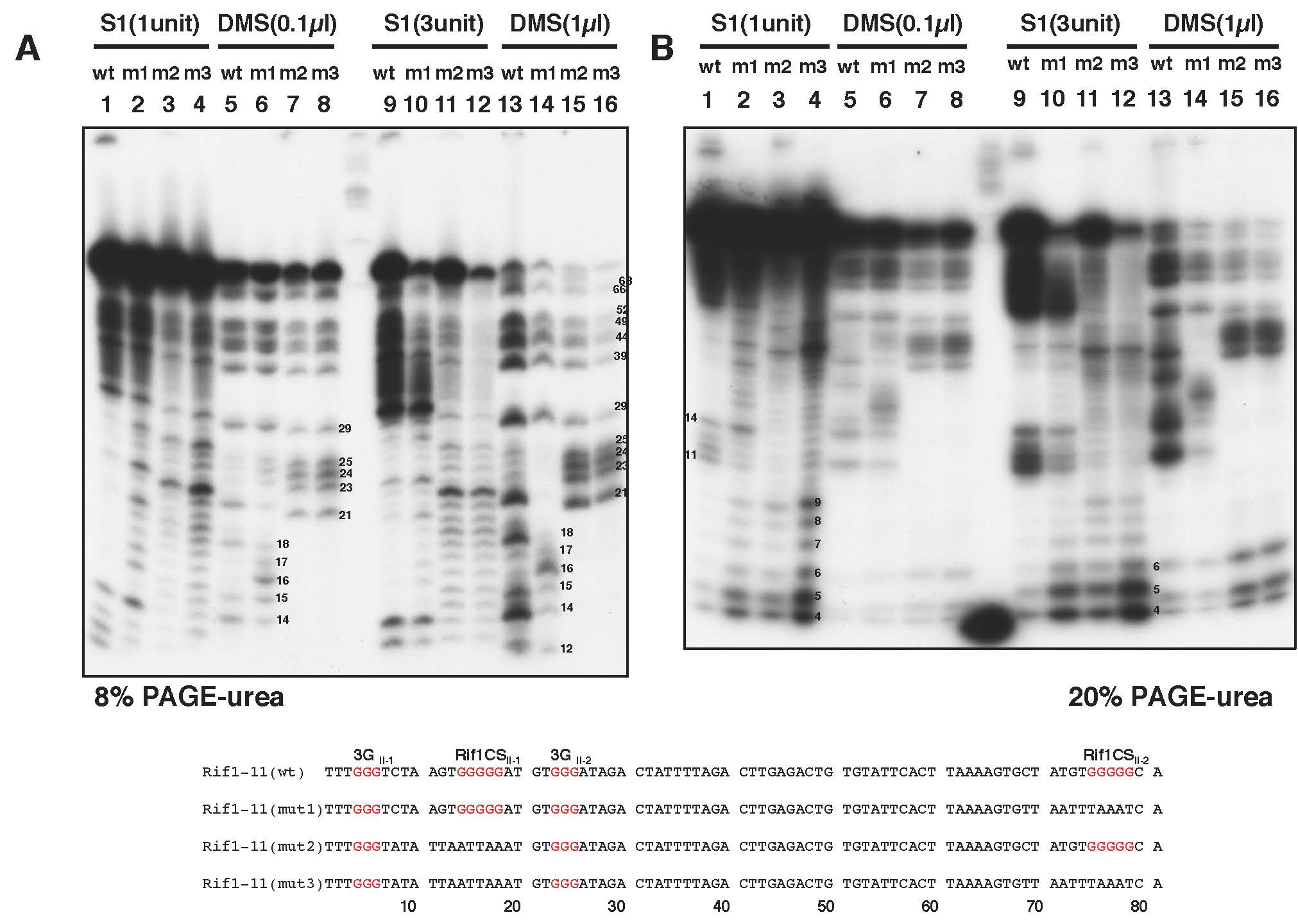 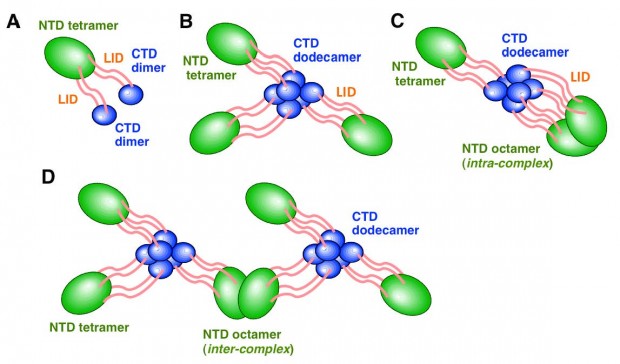 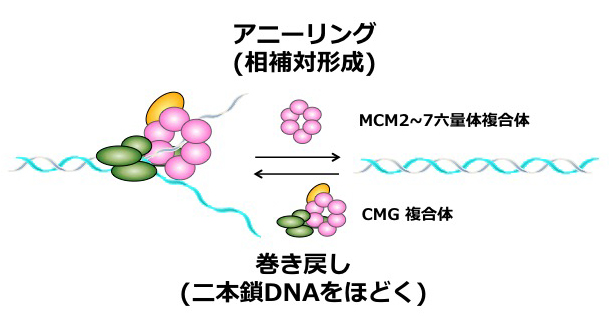 論文題目：Checkpoint-Independent Regulation of Origin Firing by Mrc1 through Interaction with Hsk1 Kinase. 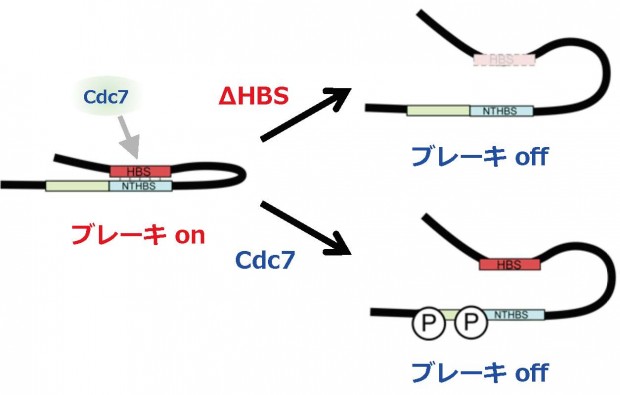 論文題目：Mrc1/Claspin: a new role for regulation of origin firing. 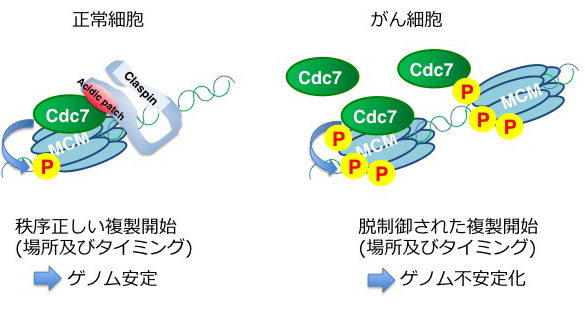 論文題目：Rif1 binds to G-quadruplex and suppresses replication over a long distances. 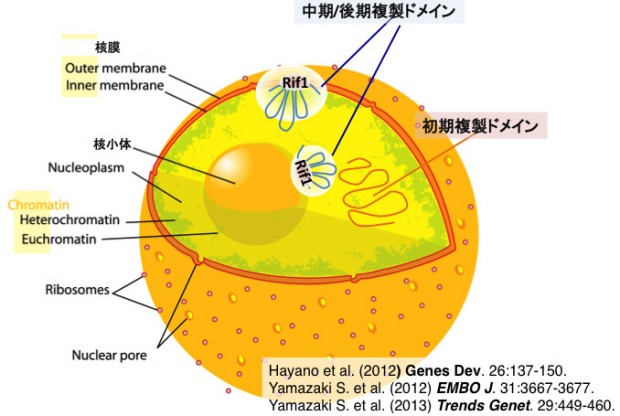 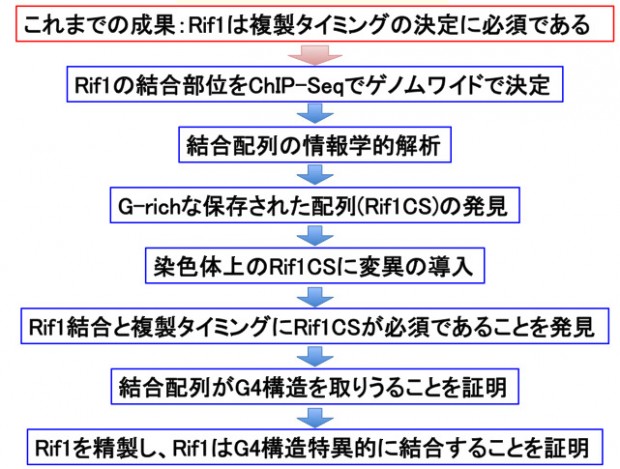 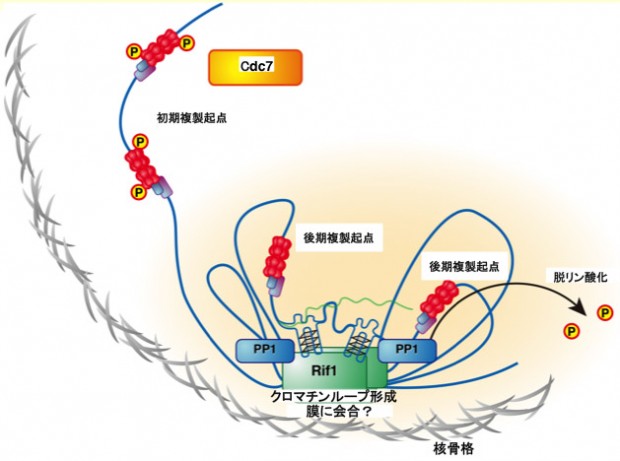 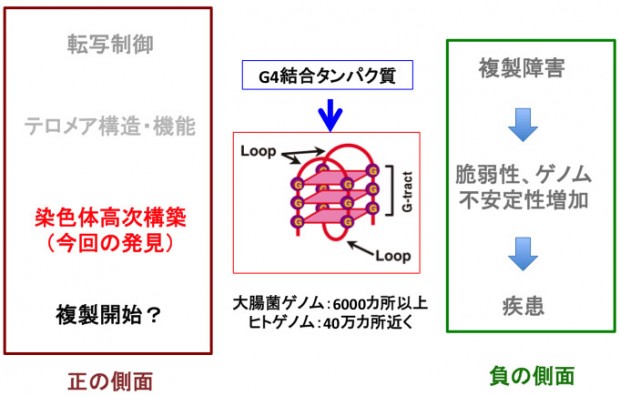 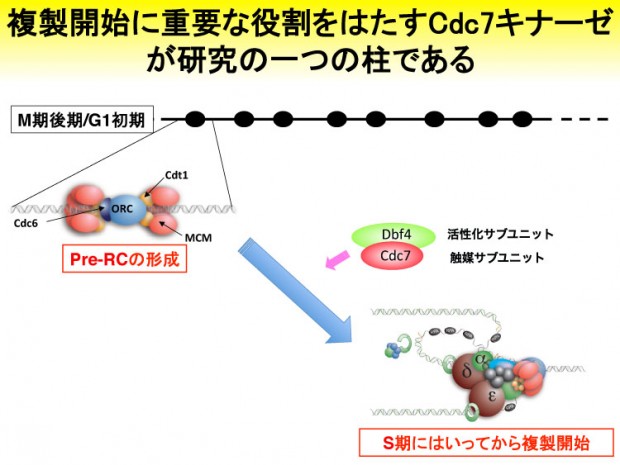 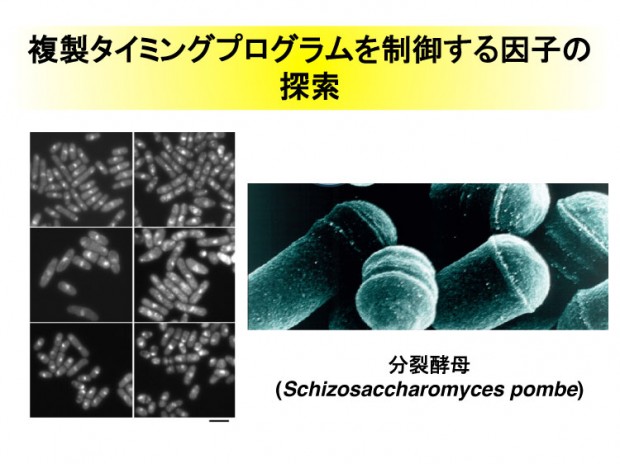 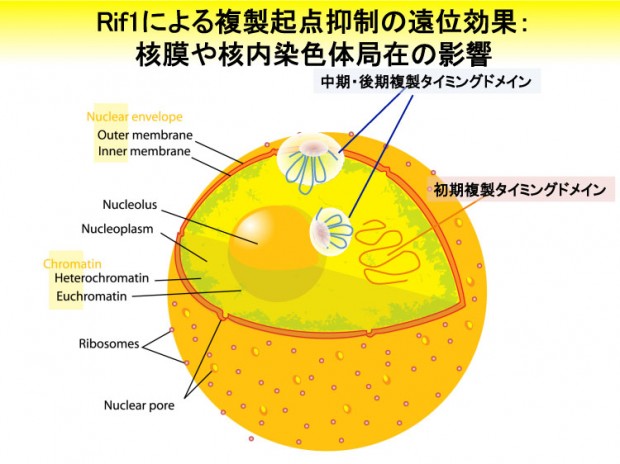 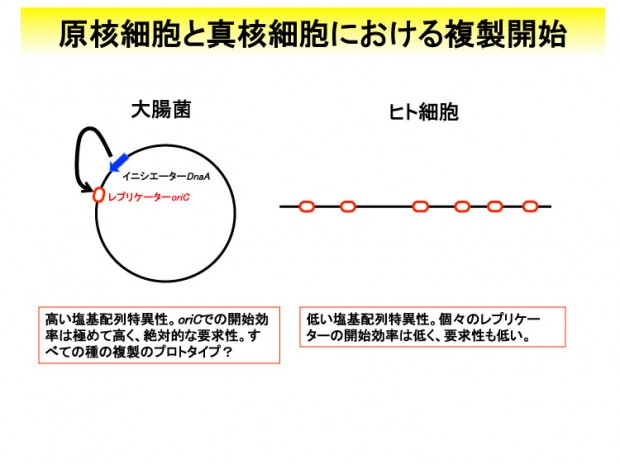 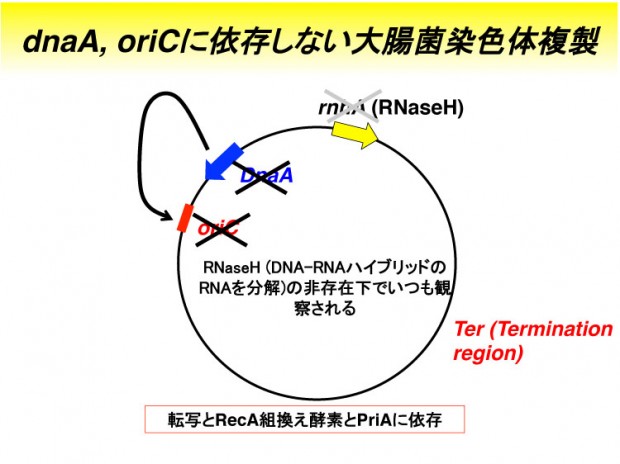 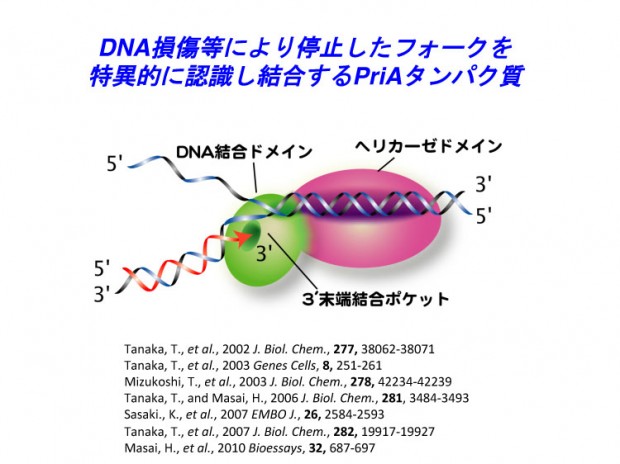 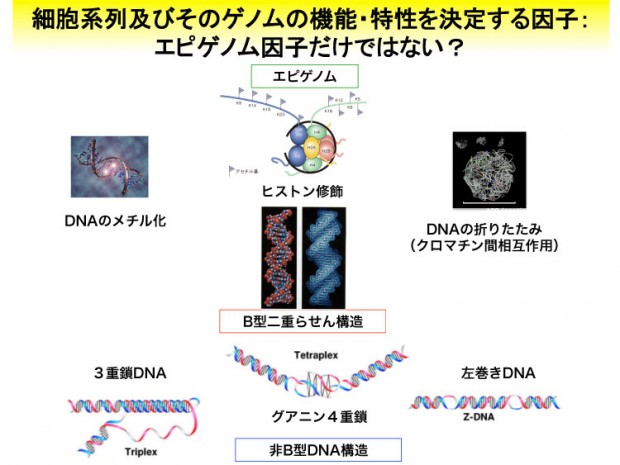